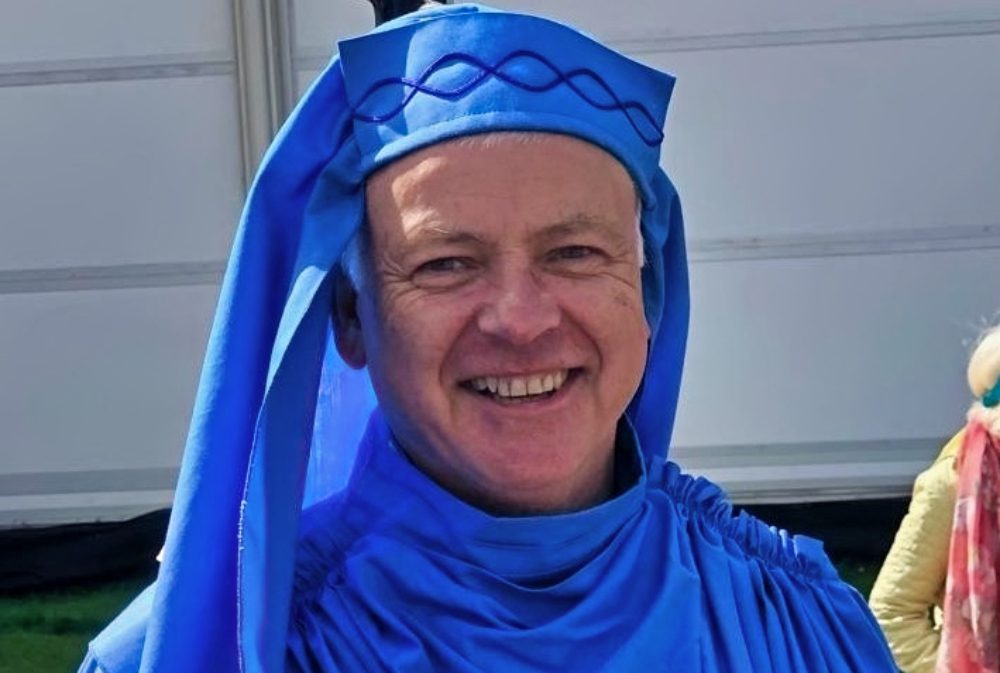 Rydal Penrhos Governor Clive Wolfendale was inducted into the Gorsedd of Bards for his contribution to Welsh society at the National Eisteddfod.

Rydal Penrhos is absolutely indebted to its Governing Body. They play a significant role in the strategic direction of the school, working closely with senior leaders to ensure the provision for our pupils remains to an exceptional standard.

We are thrilled to announce that a member of our Governing Board, Clive Wolfendale, was inducted into the Gorsedd of Bards for his contribution to Welsh society at the National Eisteddfod in Tregaron on Friday 5 August.

The Gorsedd is an integral part of Welsh culture and dates back to the 18th century. The main objective of the organisation is to develop, promote and enrich poetry, literature, music and art in Wales.

Each year at the Eisteddfod, a ceremony takes place to honour individuals who have made a significant contribution to the Welsh language and to Wales. Clive was selected this year for his contributions to the culture and social wellbeing across the country.

Amongst other recipients of the honour were the First Minister, Mark Drakeford and Huw Edwards, the renowned presenter of BBC news.

Clive began to learn Welsh on his arrival from Manchester as Assistant Chief Constable of North Wales Police. Within two years, he had achieved an A Level in Welsh and became a leading figure in promoting the language throughout the public sector.

From 2003-2022 he was a Trustee and Treasurer of the Welsh Language Centre at Nant Gwrtheyrn. Clive is very active in the field of music in Wales, having directed a number of ensembles which have competed and performed at the Eisteddfod.

He recently established the Rydal Penrhos Community Wind Band, which has generated a significant amount of support from the Colwyn Bay and Conwy county region since its inception.

On his retirement from the police service, Clive took the position of chief executive of CAIS, a charity supporting individuals with addiction and other life challenges.

In 2021, Clive oversaw the merger of CAIS with three other Welsh healthcare charities to create Adferiad Recovery, a body he now chairs. This was the largest charitable merger in the UK at the time.

Clive, who is also the father of former Rydal Penrhos pupil Richard Wolfendale, joined the Board of Governors in 2021 and is naturally keen to see the continuation of the school’s excellent reputation in performing arts. His bardic name is ‘Nodyn Blaidd’ (Wolf Tone) a reference to his surname and musical interest.