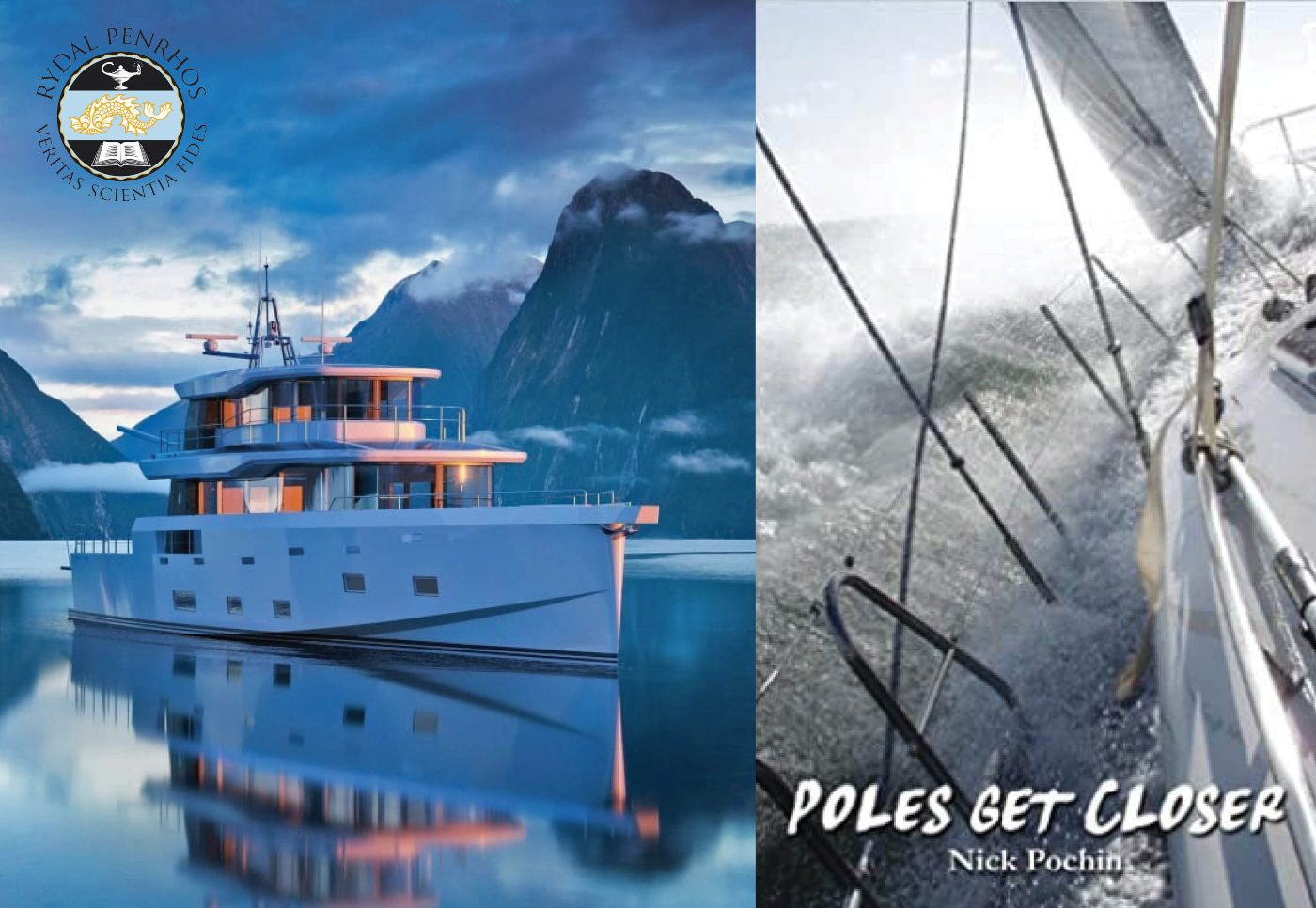 Sailing is a key part of Rydal Penrhos’ sporting pedigree, as recently illustrated by Zac Blomeley’s successes in the United States. While he started his career on the water very young, benefitting from both the curricular and extra-curricular opportunities available at the school’s RYA Accredited centre, another of our sailing legends did not take up the sport until much later in life.

Nick Pochin’s sailing journey was inspired by tragedy. In May 1992, his wife Sue tragically passed away from Polyarteritis, a rare condition where blood vessel inflammation can cause damage to organ systems.

In the same year, he also lost his father, elder brother and brother-in-law. In his latest novel, Poles Get Closer, Nick said that, after the loss, his “perspective on life changed”.

“About this time I saw written on the back of a T-shirt the words ‘are you afraid to die or just afraid to live.”

Nick decided not to be afraid anymore; having always loved the open water, he learnt to sail and set off single-handed around the world. “If I died”, Nick thought, “it didn’t matter anymore”.

On October 30 2005, Nick set sail from Gibraltar as part of the Blue Water Rally, a global circumnavigation event first established in 1998.

Nick’s vessel was a Discovery 55 sailboat. At the time he set sail, the model “had just been launched as a long-distance cruising yacht capable of being sailed tow up”.

“We placed our order and Discovery number six was put in the mould. We had a lot of fun choosing the name and finally settled on Festina Lente, which is Latin for hasten slowly or more literally ‘More haste, less speed’. The owner of the Discovery, John Charnley, wanted to know why we had named one of his boats slow, as in his opinion that is what they were not!”

It also involved “an unlikely romance” forged by “a love of sailing and of adventure”.

After his journey was over, Nick had his trusty vessel refitted and was back on the open seas only 10 months later in August 2008.

The story of Nick’s journey is vividly recounted in his book, Poles Get Closer, which is available to purchase online, including on Kindle.