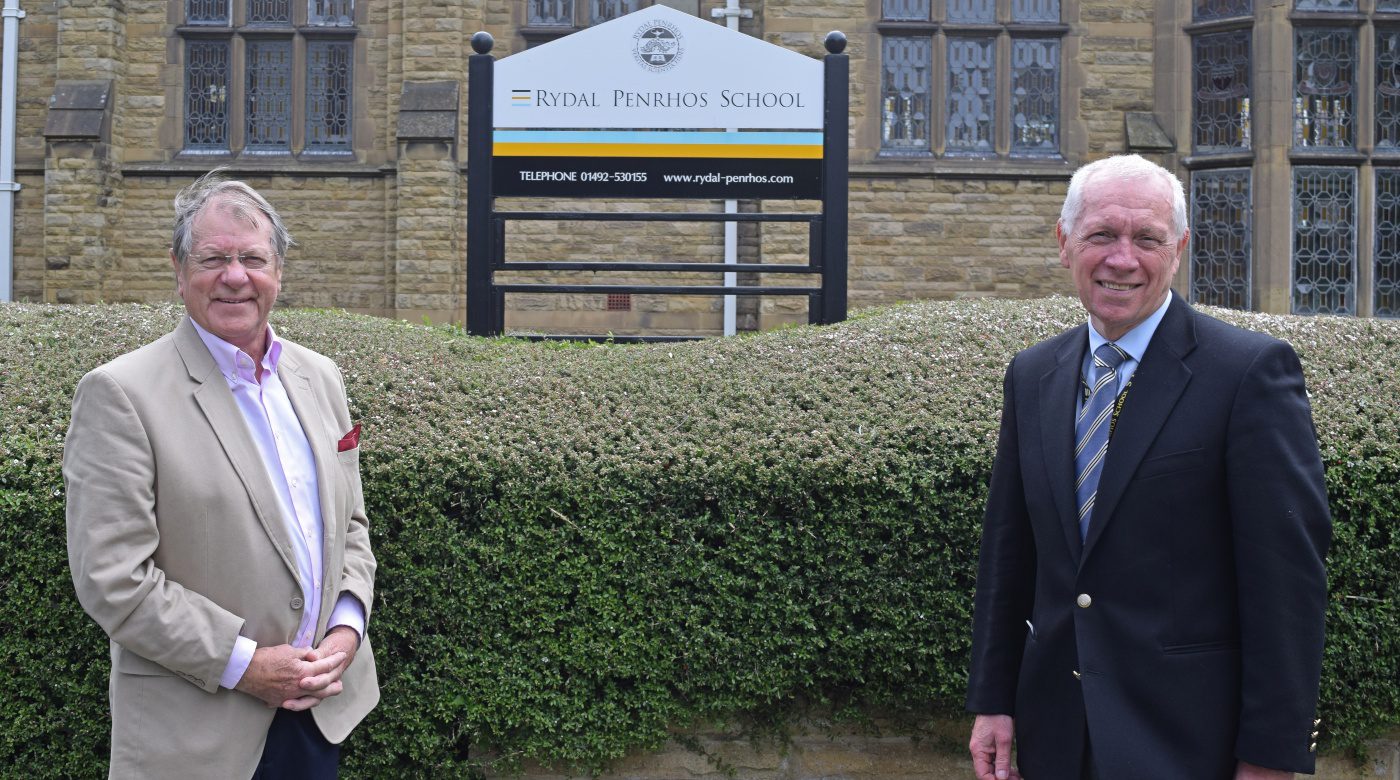 Rydal Penrhos was delighted to welcome a leading figure within the world of rugby for a special visit to the school and a meeting with Executive Principal John Waszek on Wednesday 26 May.

Richard Greenwood OBE, who enjoyed a glittering playing career before becoming a driving force in community initiatives across the region, discussed the possibility of a partnership between Rydal Penrhos and the North Wales Crusaders/Welsh Rugby League with Mr Waszek after the 79-year-old recently joined as a Patron.

Mr. Greenwood is keen for the Crusaders and the WRL to become more prevalent across the North Wales region – similar to what has been achieved by the Welsh Rugby Union – who started out their Academy system at the school that resulted in many pupils going on to achieve national honours and play professionally.

The father of World Cup winner Will Greenwood attended Merchant Taylors’ School before earning a place at Emmanuel College, Cambridge.

Mr. Greenwood was a Geography teacher and Head of Rugby at Stonyhurst College and also spent time coaching the England team from 1983-85 with great success.

A little closer to home, Mr. Greenwood has been a hugely influential presence in the progression of Rhyl and District Rugby Club and was instrumental in the team’s move from The Waen to their impressive new facility at Tynewydd Fields after securing a £1.5 million investment.

Mr. Waszek also enjoyed plenty of success on the rugby field, representing Loughborough Students and English Universities and going on to play for Saracens and Cambridgeshire during his playing career.

We were thrilled to welcome Mr. Greenwood to Rydal Penrhos and hope to see him back at the school very soon.