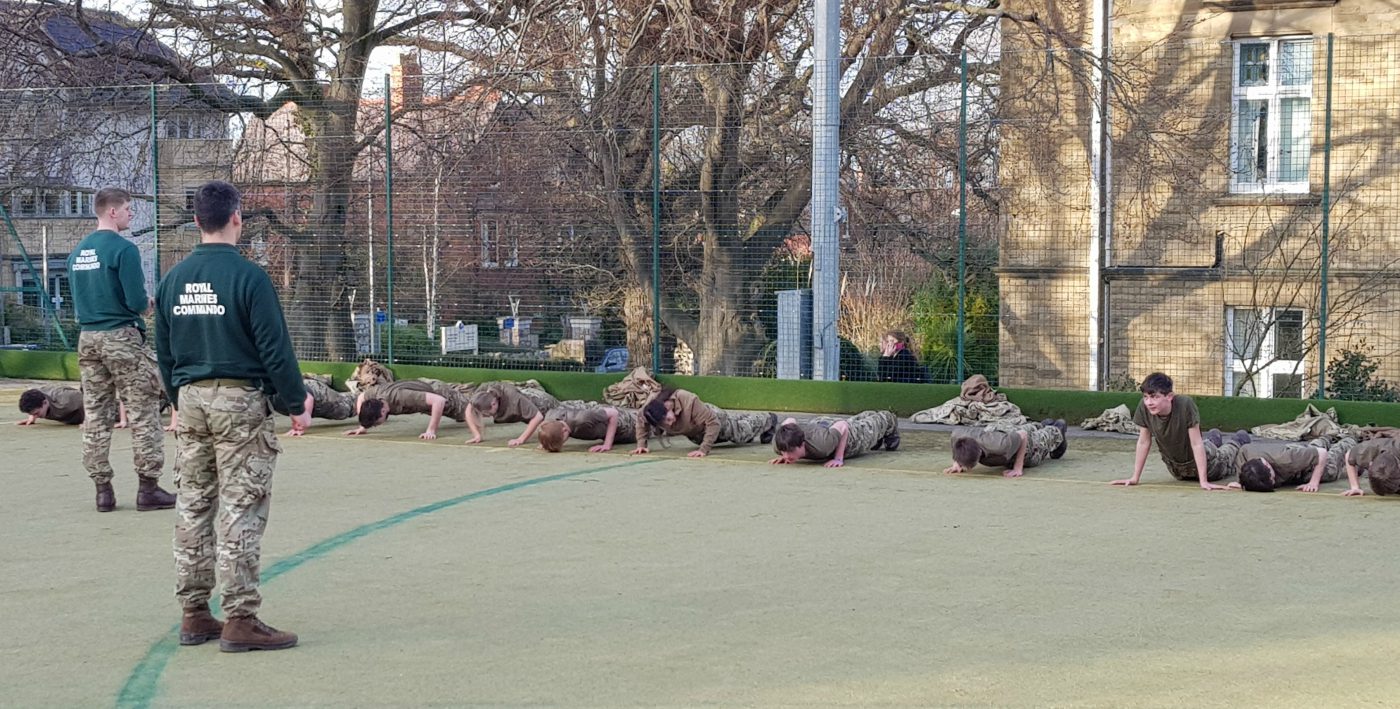 Rydal Penrhos’ Combined Cadet Force were put through their paces during a special visit.

Cpl Ellam and Marine Pryce attended the latest CCF session on Thursday, February 27, which was part of preparations for the group’s first training weekend.

During the visit, the Armed Forces duo held a presentation on what it means to be part of the Royal Marines, the strenuous application process and the substantial training involved.

Following the presentation, the pupils involved were taken to the schools’ Astro surface for some endurance training similar to what Royal Marines experience on a daily basis.

Our Combined #Cadet Force group were put through their paces by members of the @RoyalMarines yesterday as they get set for their first ever #weapons #training weekend.

This stood the group enormously well during their weapons training weekend at Kinmel Park last weekend, which saw each CCF member work exceptionally well in a testing environment.

A full report from the weapons training weekend will be available soon.