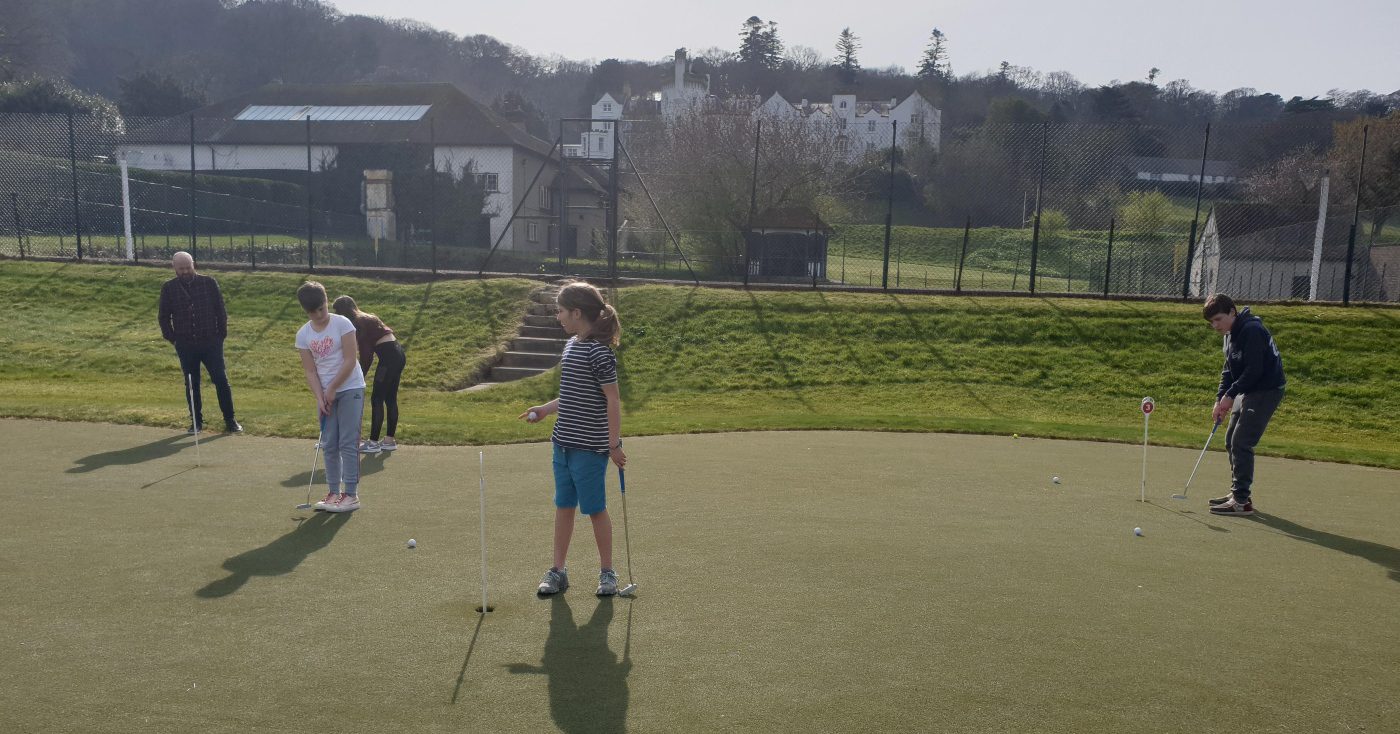 During the session, children got the chances to get to grips with certain aspects of the game including chipping and putting at the specialist training facility.

They also managed to work on things such as their grip, foot stance and head positioning during a series of fun-filled activities.

This is just one of many exciting activities available for children using Rydal Penrhos’ childcare provision during the coronavirus closure, which is now open to current parents and members of the wider community. It has been another outstanding year of success for the school’s Golf Academy, which continues to go from strength to strength at regional and national level.

Reuben Bather and Charley Simpson were both selected to Welsh youth squads at U18 and 16 levels, and the school were also chosen to represent Wales at the ISGA Home Internationals.

The trio of Adrian Lewis, Charley and Reuben retained their ISGA Northern Area Matchplay Championship in impressive fashion, booking their place in the National Finals for a second consecutive year.