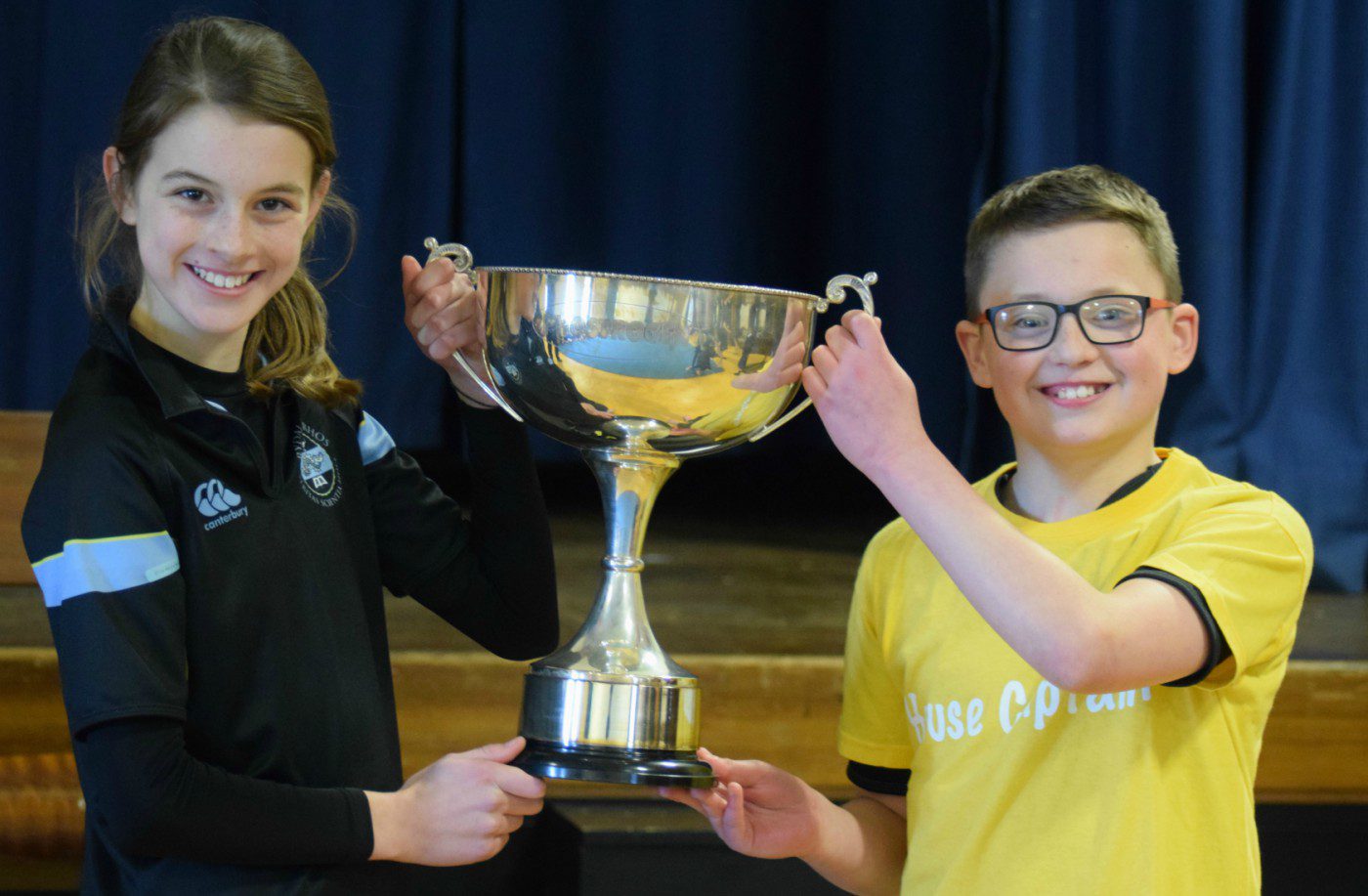 Rydal Penrhos Preparatory School gymnasts were in fine form in pursuit of valuable house points at a special sporting event.

A large number descended on the School Hall for the annual inter-house Gymnastics competition prior to the half term break.

Each year group were tasked with coming up with short routines with a view to impressing the judges in attendance, and their total scores were averaged to determine the victor.

After an action-packed afternoon full of quality, Snowdon House were crowned the overall winners of the competition, which is the third consecutive year they have managed to get their hands on the coveted trophy.

Snowdon House captains Nathan Richards and Charlotte Payne lifted the trophy on behalf of their teammates.

There was a wealth of exceptional efforts throughout the competition, with the likes of Will Glanville, Dominic Chamberlain, Nathan, Emily Nurse, Sophie Morris, Robyn Borg Barthet, James Davies, Benson Hodgson-Roberts, Harry Nurse and Lewis Jellicoe all scoring high marks.

Head of Games Jamie McLeod, said: “It was another great demonstration of not only the athletic ability we are fortunate to work with here at Rydal Penrhos, but their ability to work within a team to reach their overall target.

“Each pupil is enormously proud of representing their respective houses and this really comes across at the competitions we put on throughout the academic year.

“The Gymnastics Championship proved to be no exception and congratulations go to Snowdon on retaining their crown.”