Elishia and Henry complete Tough Mudder in memory of Scarlett 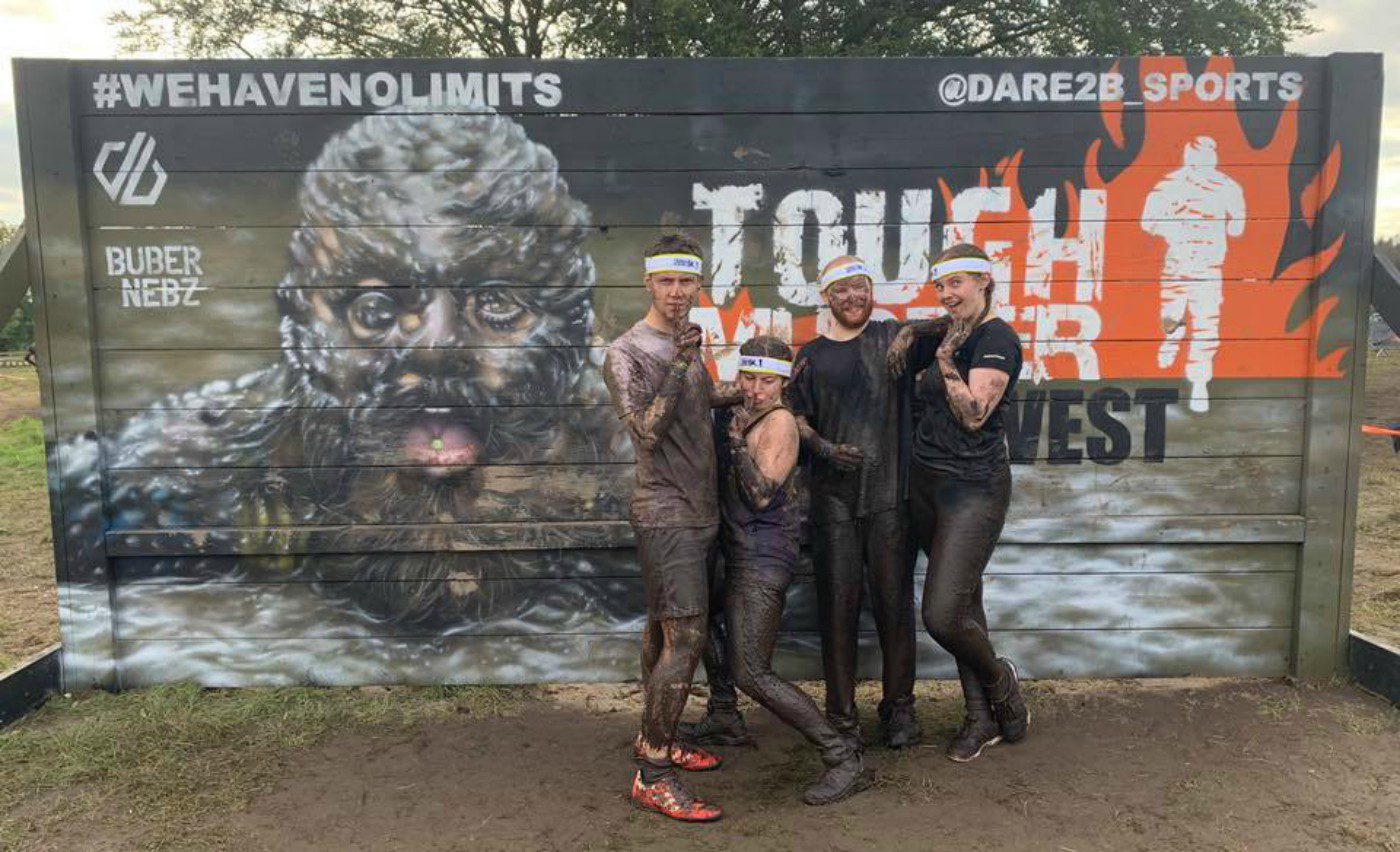 A former Rydal Penrhos pupil successfully completed a gruelling challenge to raise funds in memory of a close friend.

Elishia Phillips, who left the school in 2016, has just begun her third year studying Drama at the University of Chester, took on the North West Tough Mudder in Malpas, Cheshire last month in aid of Ataxia UK.

This is a charity that is close to the heart of Elishia, with friend and fellow ex-Rydal Penrhos School pupil Scarlett Salisbury suffering with the condition until her passing earlier this year aged 21.

Elishia, who also works as a booking administrator at the Zip World Centre in Llanrwst, was joined at the event by Scarlett’s brother Henry.

She greatly surpassed her target thanks to a wealth of donations that eventually came to £1,900.

She said: “Scarlett was such an inspiration to everyone.

“My friend never let it overcome her, or become her main personality trait, and she inspired me and so many others with her determination and strength.

“The Tough Mudder was so much fun and I would like to thank all those that donated.”

The school recently raised almost £800 for Ataxia UK in Scarlett’s honour following donations from its recent Creative and Performing Arts evening, which the 2016 leaver was an enormous part of before moving to Bangor University.

They are also holding a Charity Ball in memory of Scarlett and Tom Watson on Friday, October 11, with all proceeds split between Ataxia UK and the Anthony Nolan Trust.

Scarlett was a massive part of school life from 2009 until 2016 and she left behind a fantastic legacy at Rydal Penrhos, where she thrived in her role as Prefect during her final year at the school.

Elishia and Henry complete Tough Mudder in memory of Scarlett