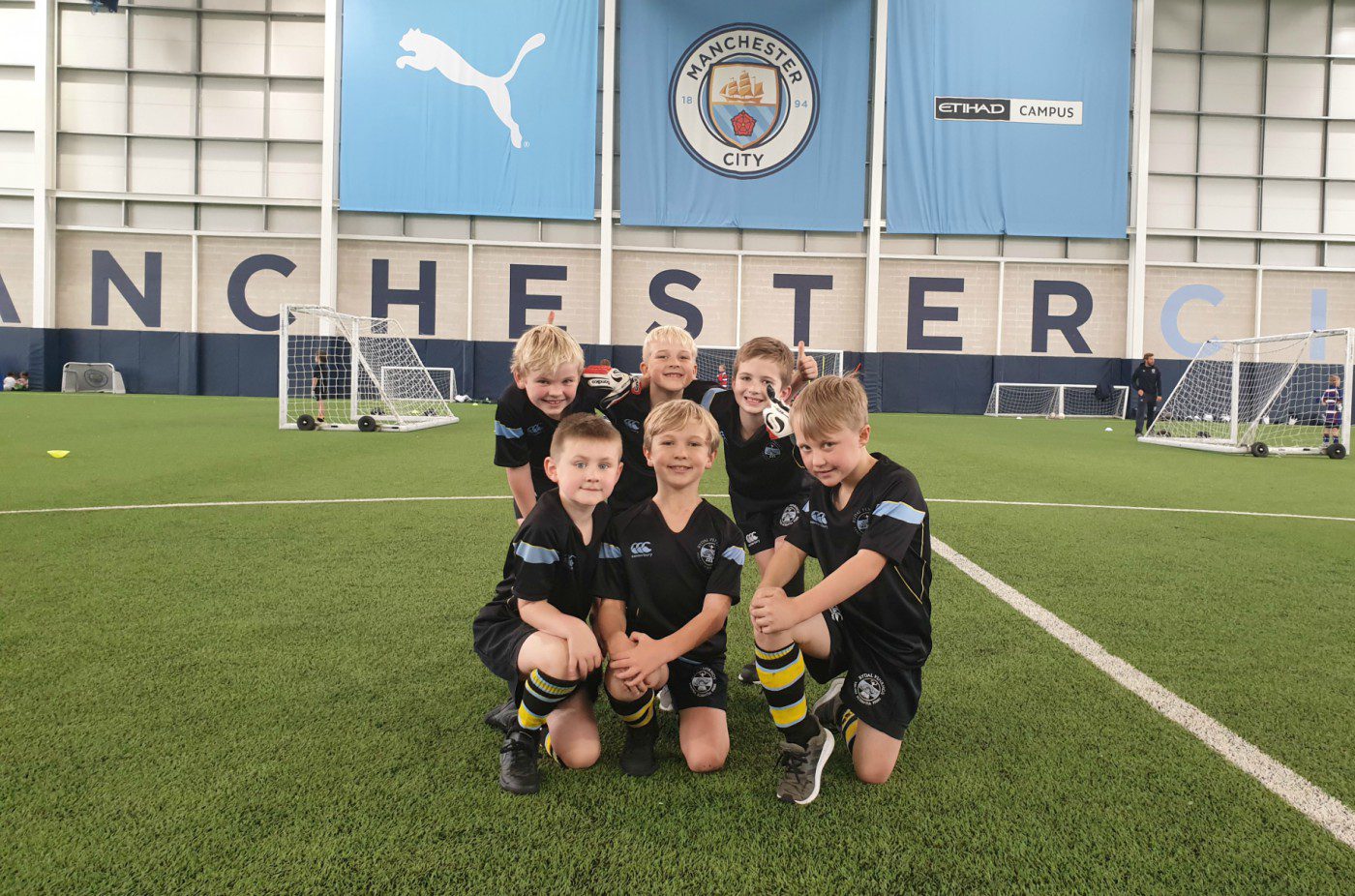 Another group of aspiring young footballers at Rydal Penrhos got the taste of Premier League life at one of the best facilities anywhere in the country.

The Prep School’s U8 squad travelled the Manchester City’s Etihad Academy Complex for a special Football Festival that saw the team take on sides from Cheshire and the North West in a round robin format.

Archie-Glyn Chesworth, Freddie Griffin, Harrison Simmons, Keelan Shilton, Oscar Kennedy-Evans and James Mart formed the Rydal Penrhos team on the day, and all performed exceptionally well in the face of stern competition to reach the Plate semi-final before eventually falling to a penalty shootout loss.

Their participation was part of the Prep School’s annual excursions to the Barclays Premier League champions, which involves a series of visits to the multi-million pound Academy site during the winter term thanks to the Independent Association of Prep Schools.

Head of Boys’ Games Jamie McLeod, said: “Our U8 side, as always, got a tremendous amount of the experience and they came back from the Manchester City Academy Football Festival thoroughly motivated and inspired ahead of a busy series of fixtures.

“It is a remarkable venue that we are privileged to be involved with, and hopefully this will spur the team on to great things throughout the season from a Rydal Penrhos perspective.”