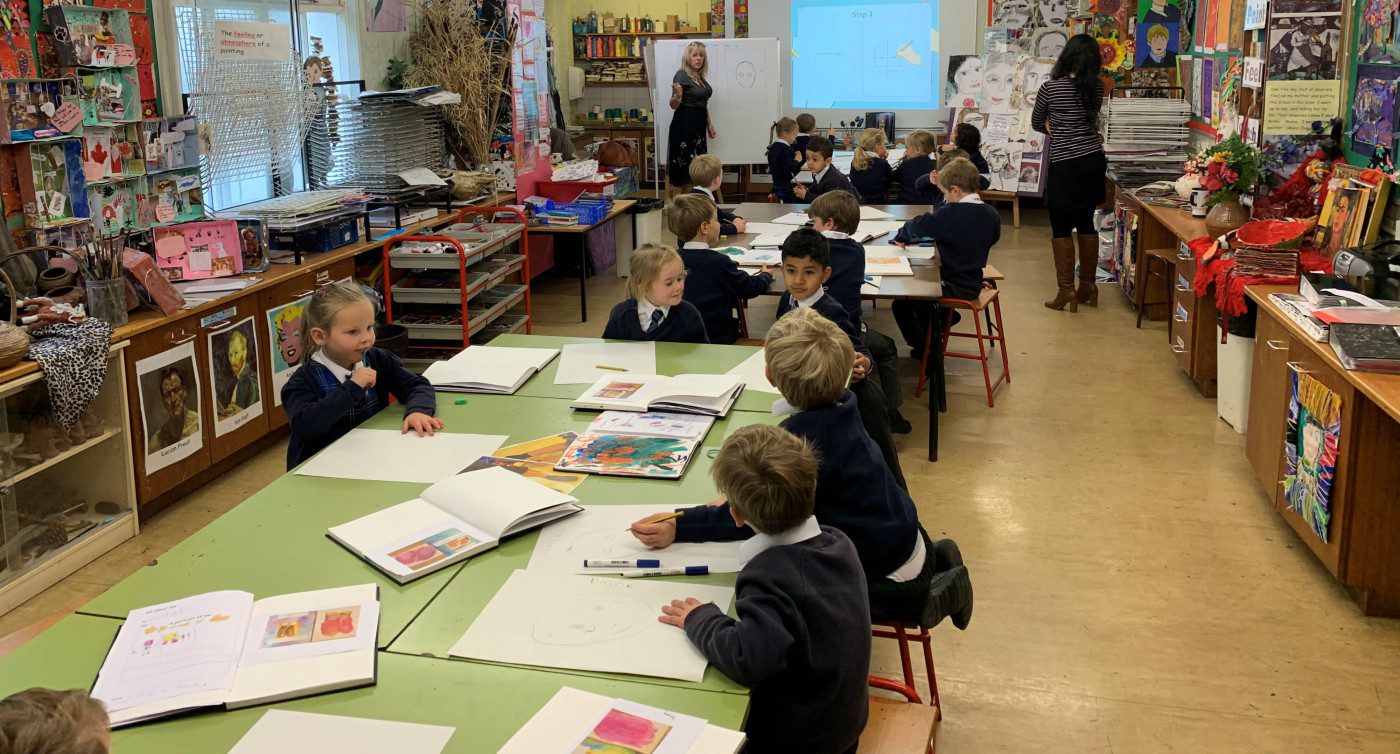 The Year 1 contingent at Rydal Penrhos have been enhancing their artistic skills under the guidance and support of dedicated teacher Suzy Morris since the start of the academic year.

They rounded off the half term in style with a thought-provoking project to demonstrated what they have taken on board during the initial stages of their learning.

As part of their ongoing creative development, each pupil was tasked with producing their first even self-portrait based on the topic of what they perceive their dream job to be.

There were a host of interesting and superb creations that ranged from superheroes, police officers and spacemen, with the particular topic also drawing some lively discussion between pupils and staff members.

Prep School Head Lucy Davies, said: “Our Year 1 have thoroughly enjoyed their Art lessons during the first half term of the academic year, and their unrivalled enthusiasm to throw themselves into every challenge that comes their way was further evident during this particular classroom session.

“They deserve a tremendous amount of credit not only for the way they applied themselves to their self-portraits outlining their dream jobs, but also the way they have conducted themselves both in and out of the classroom in recent weeks.”