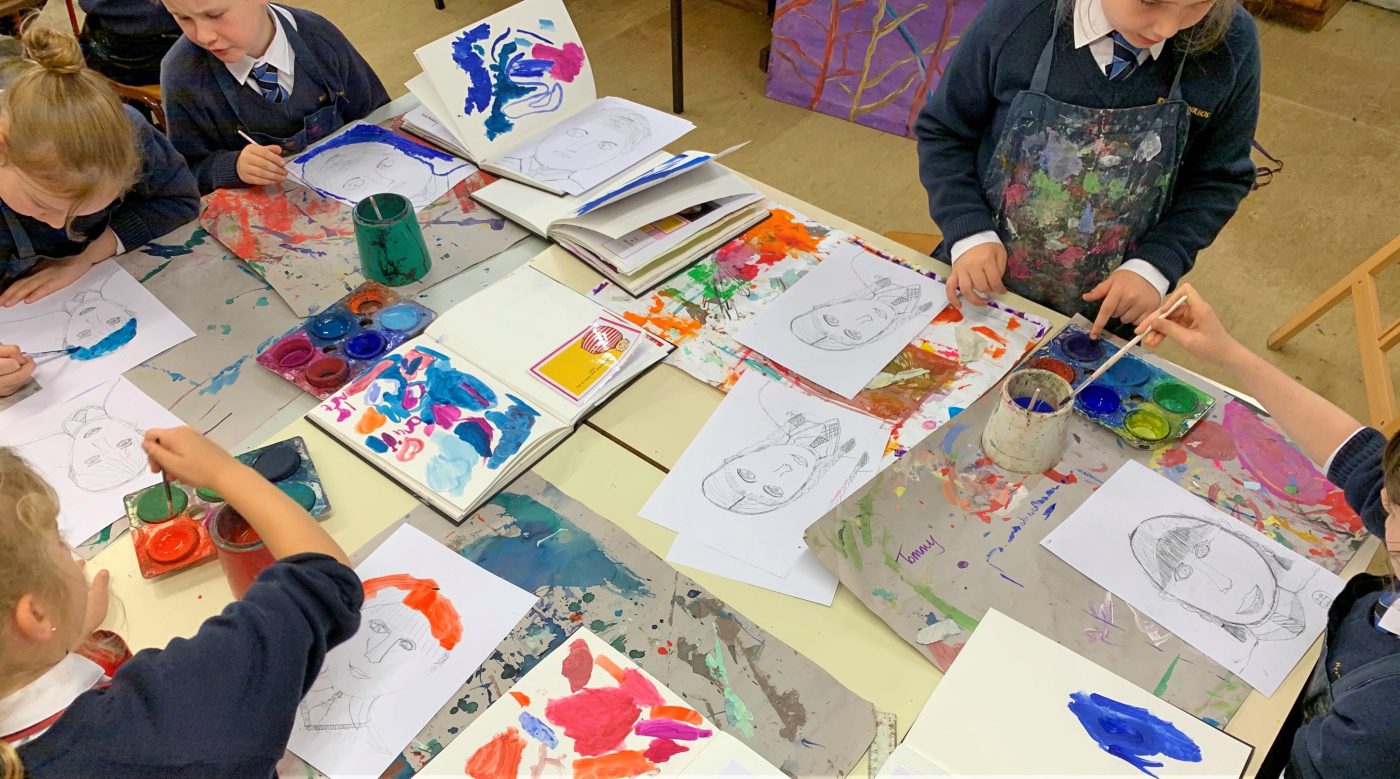 Aspiring Preparatory School artists have been drawing inspiration from one of the leading figures in the visual art movement.

The Year 3 contingent at Rydal Penrhos are in the midst of creating their very own self-portraits under the expert guidance and support of passionate teacher Suzy Morris, with each pupil using the style of American Andy Warhol to form their respective pieces.

Each pupil was given an introduction into Warhol’s exceptional portfolio before putting their initial design into place, before studying the style of paintings further before getting down to the actual portraits.

Prep School Head Lucy Davies, said: “Mrs Morris does an extraordinary job of incorporating the work of some of the greatest artists in history to inspire our young children across all age groups, and this is something that really captures their imagination on a consistent basis.

“The Warhol-inspired self-portraits created by Year 3 are going to be a tremendous addition to the wonderful art we have throughout our wonderful Prep School once they have been completed.”

Warhol was an American artist, director, and producer who was a leading figure in the visual art movement known as pop art.

His works explore the relationship between artistic expression, advertising, and celebrity culture that flourished by the 1960s, and span a variety of media, including painting, silk-screening, photography, film, and sculpture.

Some of his best-known works include the silkscreen paintings Campbell’s Soup Cans (1962) and Marilyn Diptych (1962), the experimental film Chelsea Girls (1966), and the multimedia events known as the Exploding Plastic Inevitable (1966–67).