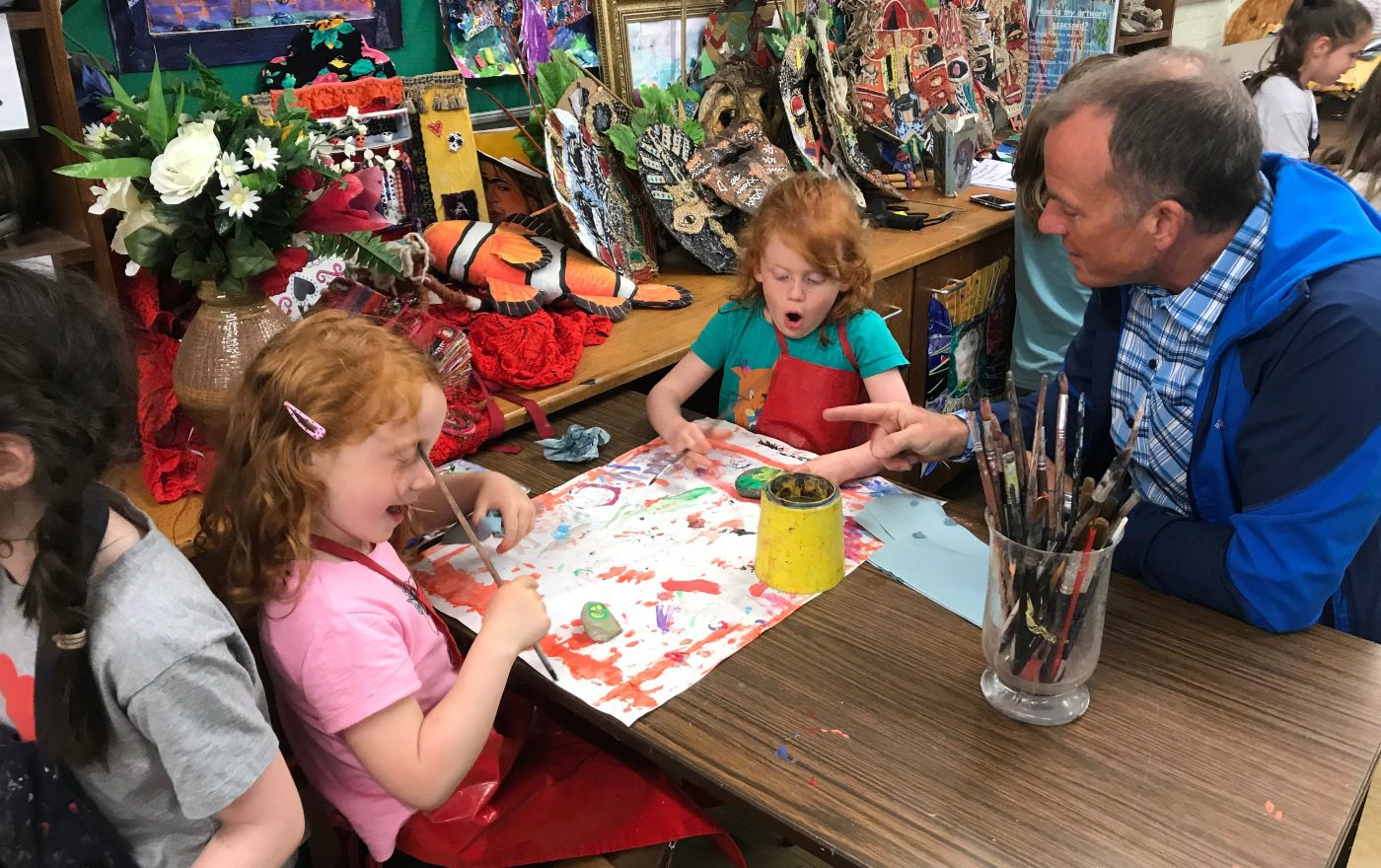 This afternoon’s project was ‘Rydal Rocks’! Now hold onto your hats…if you were expecting the School of Rock to be relocating to the Prep music room you would be sorely disappointed.

For this was not musical rock, it was actually real-life rocks! Yes, Reverend Sissons staggered into school with a very heavy box and announced to his rather startled young audience that they would be painting rocks!

After conferring with Mrs Morris, the brave group set off for the art room undaunted by their important task and having no idea of what they were actually going to do!

It seemed that Reverend Sissons’ idea was to hide painted rocks in the forest to create a rock treasure hunt and the pupils were to provide the ‘treasure’.

Galvanised into action, the troupe set forth with paint and brush in hand and soon the art room was bursting with imaginative creativity.

It is interesting to see how ‘treasure’ is manifested via a rock! The end result was triumphantly left to dry and the next step will be to create the treasure trail itself; at this stage, one parent arrived to collect their offspring and was greeted with, ’You’re too early’; not the greeting that they perhaps had in mind.

It shows how enjoyable a bit of creativity can be… Rydal Penrhos does indeed ‘rock’.