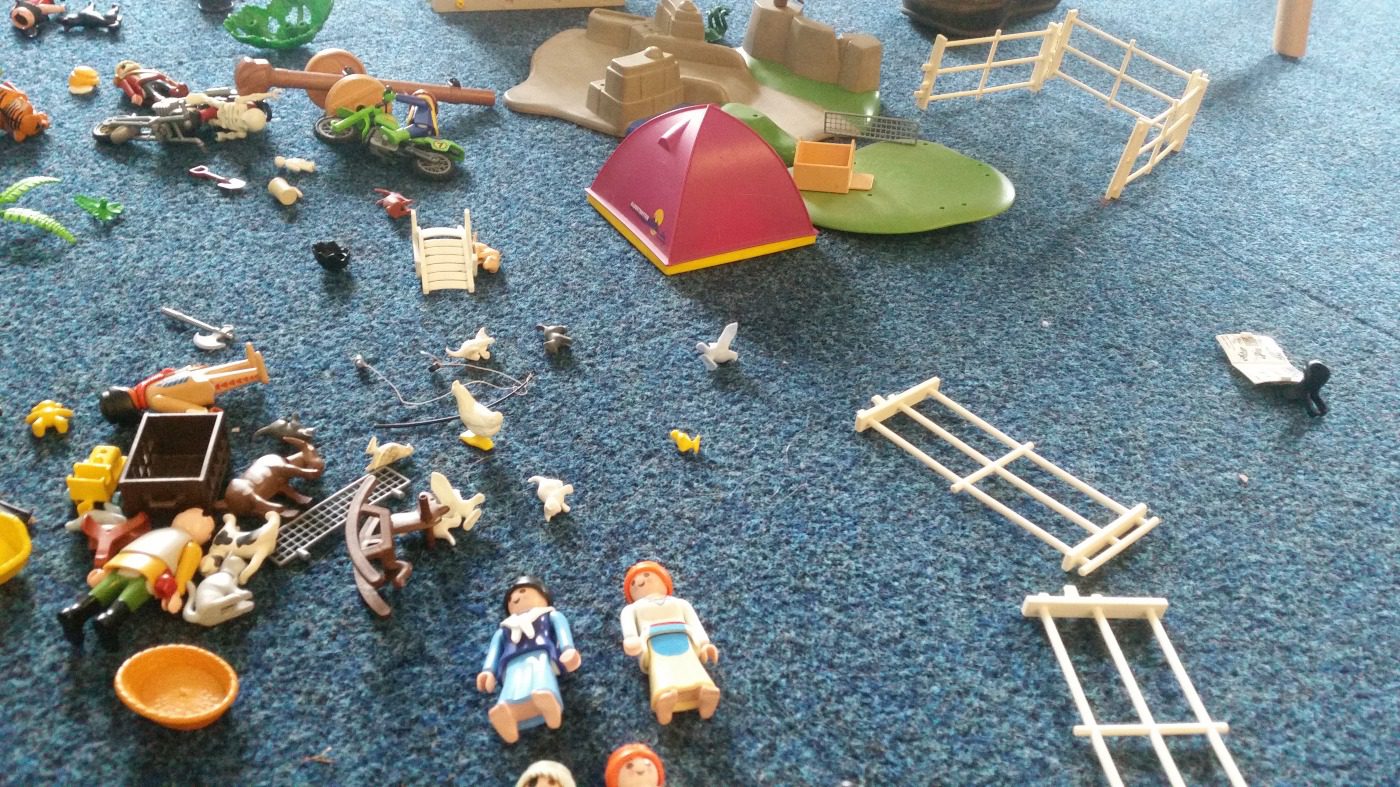 As can be seen from the photograph we had a visit from an old favourite today at Rydal Penrhos Prep School…no, not the guinea pigs, but the ever-popular small, plastic, pretend world figures and objects (otherwise known as Playmobil!).

Miss Earle brought them downstairs at the end of the day as a reward for hard work and the Rydal Penrhos pupils were instantly transfixed and busy turning their imaginations into small world reality.

The older pupils were interested to sit and watch and constantly compared notes about which bits they used to play with and which were their favourite sets; honestly, they sounded like a group of old men reminiscing at the pub!

“ My favourite was the pirate ship,”

“No, the showjumping horses,”

There then ensued an intense ‘discussion’ about whether horses prefer showjumping or going into battle!

And this was just the children ‘watching’ the play action! Imagination and discussion…brilliant!