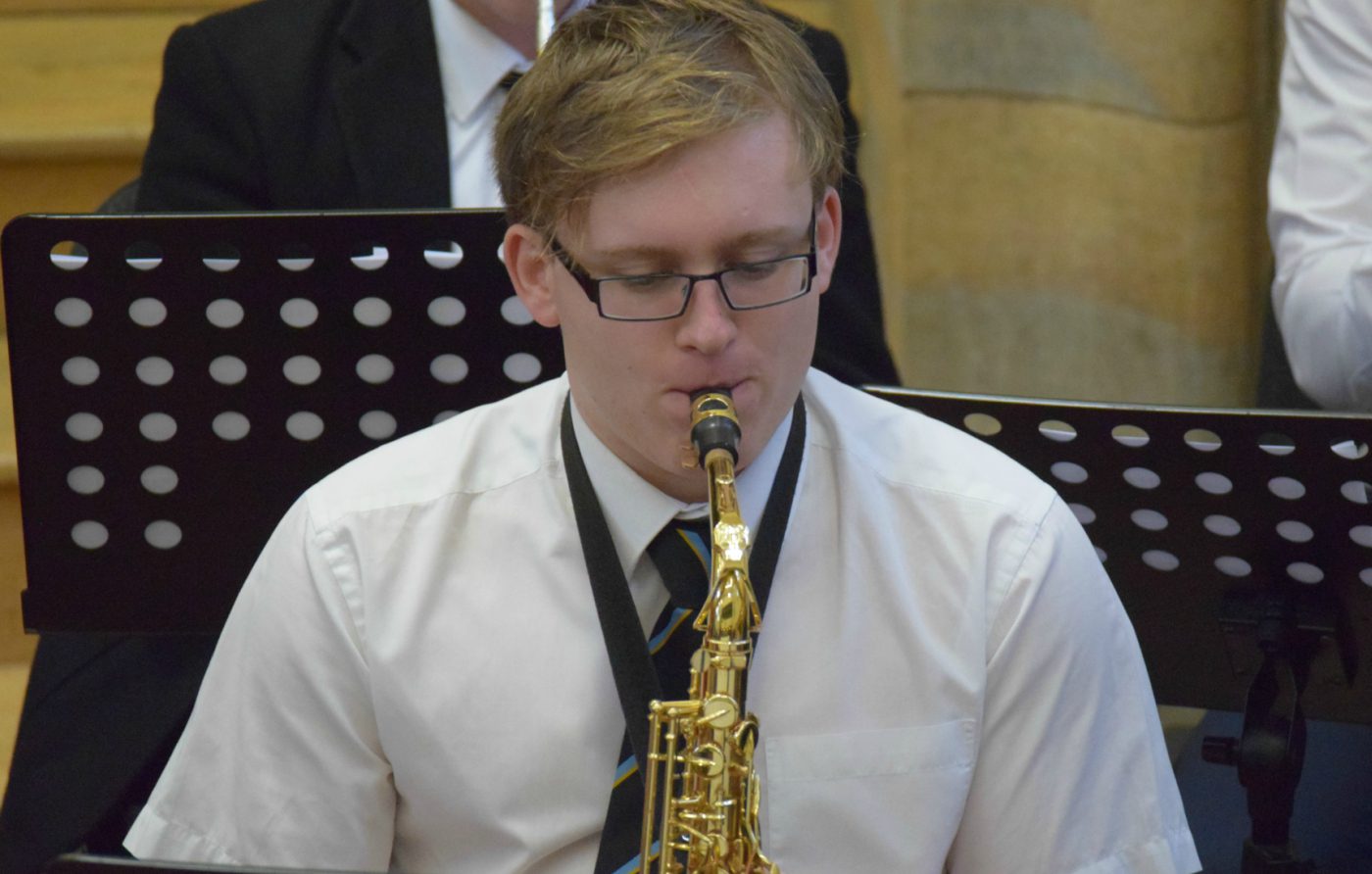 A hard-working and mild-mannered individual, Sam arrived at Rydal Penrhos as a Year 6 pupil in 2012 and has been a real asset to the school.

His confidence has developed significantly during his time at Rydal Penrhos, with his contributions on stage in a musical environment helping considerably.

The teenager developed an early passion for the saxophone and thrived after joining the school’s Jazz Band.

This has seen Sam play a leading role in various school concerts throughout the years. He has also given up his time to perform at community events.

He has grown in stature and is always on hand to provide support and guidance for other young musicians within the Jazz Band who are looking to emulate his achievements in the future.

His time as a Sixth Former has further enhanced his overall reputation and influence, with Sam providing a vast amount in his role as Prefect during his final year.

He also attained a significant achievement in the form of a Duke of Edinburgh Gold Award after coming through a strenuous assessment process with flying colours.

Sam will now attend a lavish ceremony at St James’ Palace in May to formally collect his award, alongside other successful candidates from across the country.