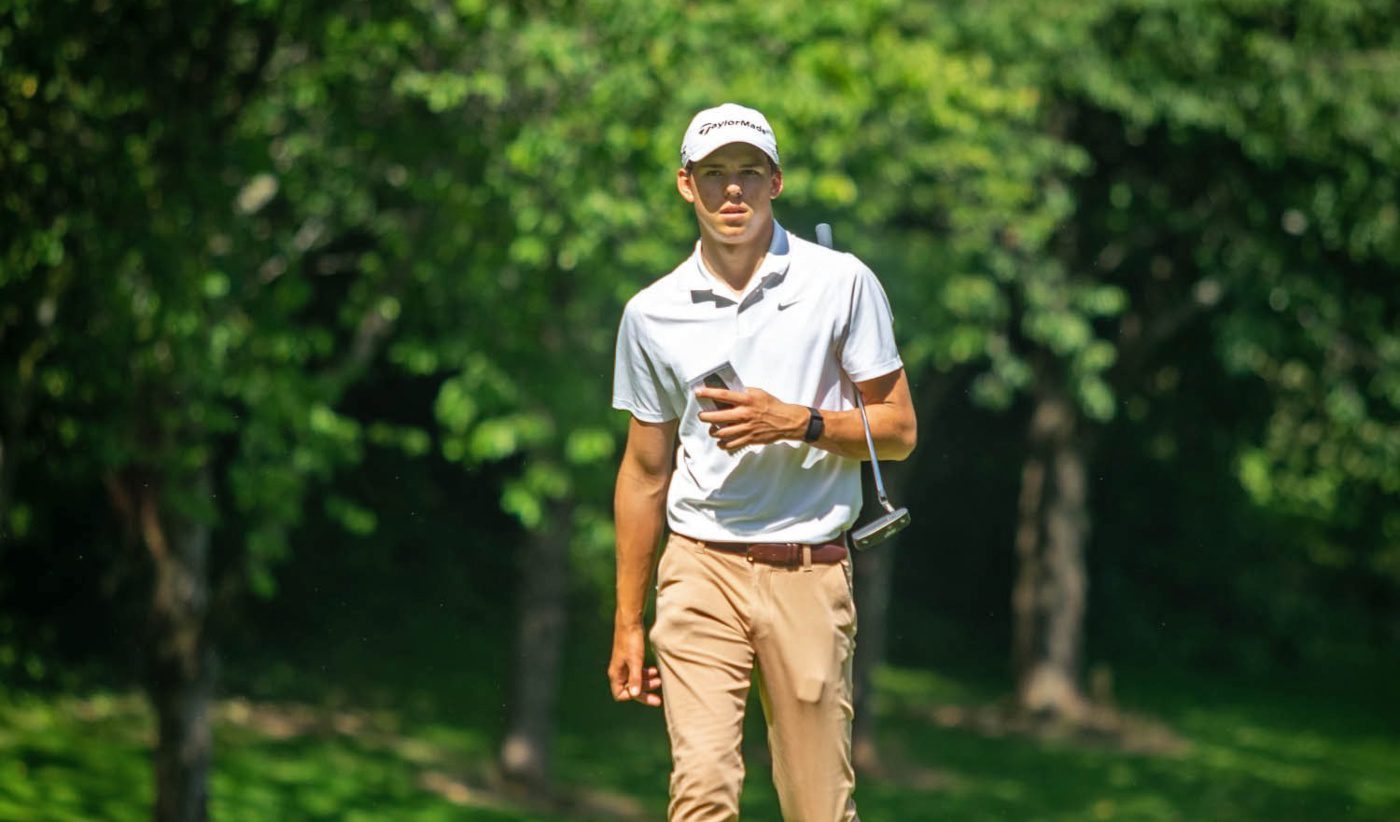 Rydal Penrhos pupil Charley Simpson has been called up to the Welsh U16 golf squad for an upcoming fixture against England.

It was a memorable summer for talented young golfer Charley Simpson. The Rydal Penrhos pupil achieved an exceptional amount on the golf course, further enhancing his reputation as one of the best young prospects anywhere in the country.

His achievements were vast, which was crowned by Charley winning the Welsh U16 Boys and Overall Open Championship after a stunning final round to emerge victorious by three strokes.

The Year 12 pupil was also part of the Wales U16 squad who took on Ireland, which was arranged quickly after the prestigious annual Quadrangular Tournament was cancelled for a second-straight year due to COVID-19 health concerns.

Charley left a fine impression on the national stage and he’s earned another call-up to the Welsh U16 set-up for a high-profile fixture this week against England.

The special challenge match will take place on Friday 17 September at Trentham Golf Club and Charley is part of an eight-player team set to do battle against their English counterparts.

They begin the weekend with a practice round on Friday, before heading into singles and pairs over the next two days.

This promises to be a stern test for the Welsh contingent, with England having a much wider pool of players to select from and some are ranked extremely high at the European level.

Charley, who is also the Junior Captain at Rhos on Sea Golf Club, has had a busy summer seeing strong performances in competitions and has played at Trentham before, putting in a great three rounds at The Reid U14 Championship in 2019.

Everyone at Rydal Penrhos wishes Charley and the Welsh team all the luck in the world this weekend. Pob lwc i bawb!